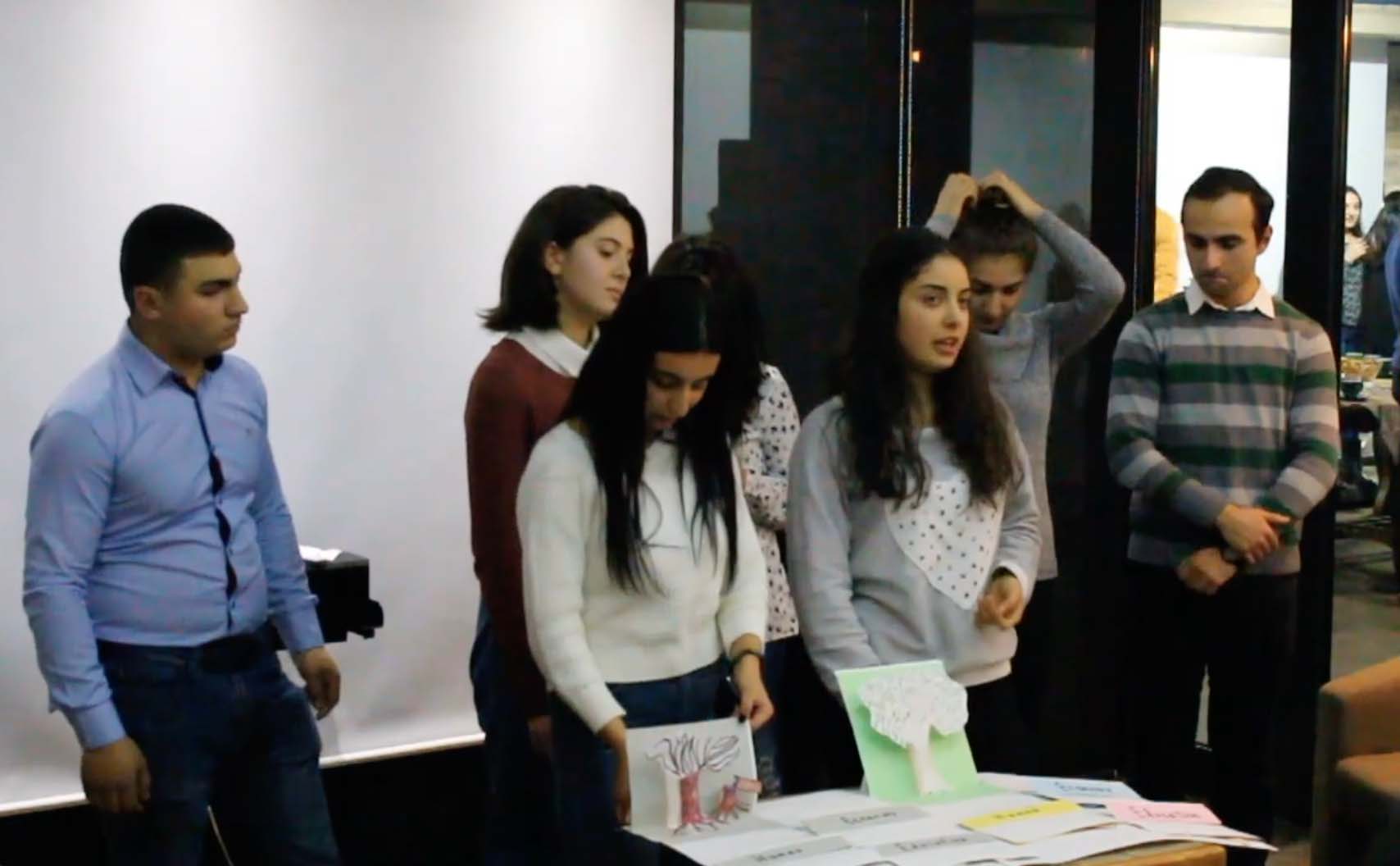 Armenia take the project of the month in December with three presentations based around war, corruption and terrorism
The films were made by the students and a shorter version will be edited for the April event – well done to Armenia for this project
What was exciting about this project is the students were explained the Time For Tea process and then left to identify the topic and work on their own. They did an amazing  job, and the concepts and message they had developed was positively received by the facilitators, teachers staff and VIP panel a. The next step is to take the message to the people they have identified, so it is still an ongoing project which will be done it after student exams in January.